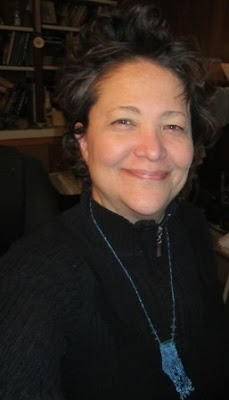 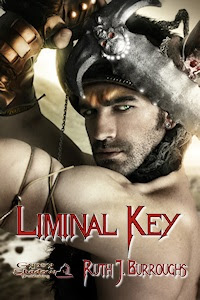 Quetzals, but they have his wife and children . . .]

R. J. Burrough’s short science fiction novel Myth of the Malthians contains enough fascinating and fully drawn characters to fill a series.  It starts on the gas giant Fishtail with the meeting of two individuals: Twist, a tattooed, telepathic cyber clone, and Dylan, an alien, telepathic wormhole jump-pilot with a big black furry tail.  Both of these engineered soldiers will soon become mates, and their mission, along with that of numerous others, will be to travel to the planet Shoemaker-Levy 92-93 to rescue Hunter Gordon, if they don’t get killed or altered (turned into clones) by the bloody Quetzals first.  And oh yes, one of the members of the rescue mission, an unaltered human named Ian MacPherson, seeks to rescue his wife Kaleida before the fiendish enemy . . . well, I won’t go into THAT.

What follows is rousing action at its best, fully suspenseful and gripping.  The scenes within the Pteroid breeding prison are especially harrowing, and the portrayals of the aliens are quite convincing.  What I like best about Myth of the Malthians is the author’s expansive imagination coupled with characters we can really care about.  Burroughs actually takes time to characterize them.  To take one example, while Ian MacPherson genuinely loves his wife Kaleida, he is at the same time childishly irresponsible and not quite dependable throughout.   The ending, which I won’t give away, provides us with really fine writing, seasoned with poetry as are earlier sections of the story.  I finished this novel feeling it came to just the right conclusion.

I heartily recommend Myth of the Malthians.  Please note that like much good fiction, it requires more than one reading to get all or much of the meaning and richness out of it. - Reviewed by John B. Rosenman

~ AN INTERVIEW WITH RUTH ~ 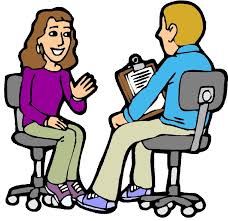 John: Ruth, thank you so much for being my guest.  Could you tell us a little about your background as a writer and what is distinctive and different about your writing?

RUTH: I started writing stories as soon as I could write. The spoken and written word were like a drug to my young mind and after having mastered the Dewey Decimal System of card cataloging I'd hunt for books on the little index cart catalog drawers in the school library. I can still remember the smell of the books and their plastic covers, and the feel of the clean rug under my knees as I searched for books. They each had stickers on the bottom so you would know if they were talking animal stories or science fiction. I dreaded the ones with the rocket ships on them because they were all about machines and boring dry math and science stuff. I ignored them and only read the ones with the animal stickers. I read every talking animal story or book I could get my hands on in the elementary school library at Clarkesville Elementary school near Albany, New York. Around the age of eight I read Bambi, The Fox and the Hound, all the Jack London novels, and 101 Dalmatians. I also wrote talking animal stories but my parents didn't save them.

I discovered there was a sequel called Starlight Barking by Dodie Smith but I couldn't find it anywhere. I reluctantly asked the Librarian for help and she couldn't find it either. She kept looking and looking until ahah! Here it is in the science fiction section. It had a rocket ship sticker on it instead of an animal, which was Anathema to my young mind. At that time I truly loathed science and math and anything to do with them. How dare they put one of *those* on my precious animal story and what could it possibly have to do with Dalmatians, all that dry science stuff. Well, in this story by Dodie Smith, Starlight Barking, in which the Dalmatian family wakes up with telekinetic and telepathic powers I found another true love, science fiction. After I read it I took out every rocket ship stickered book I could and read them. I've been writing and reading science fiction ever since.

John: Liminal Key  is your latest. I know you're excited about it. What's it about and what should readers expect?
RUTH: Although it is billed as Fantasy Romance it has a lot of science-fiction elements as well as battles with Evil Elves and some violence. Only what was necessary to move the plot forward of course. I didn't want to do a straight-up fantasy because there are so many out there. Witches, Elves, Magic, Wizards, etcetera etcetera. I wanted to make it more me and so I made the traditional trolls Neanderthals and the dragons dinosaurs because it's what I know and love. So it will be different from what you'd expect in a fantasy and different from what you'd expect in a romance, plus the lead woman is strong, independent, smart and not stereotypically thin and young. She's older and has put on weight from bearing children. But her impossibly seductive and strong Elf man likes her more for it.

John: Are you a pantser or a plotter when you write? In other words, do you trust to inspiration or planning?

RUTH: I have a story arc in my head that guides the direction. I like to see what comes naturally and am often surprised by where the story goes and what happens. The plot grows on its own. I wouldn't know any other way to write it but I would like to try my hand at more advanced techniques some day.


John: After reading Myth of the Malthians, I was wondering if you have a tendency to create hybrid characters in your fiction. For example, Twist is not only tattooed but telepathic and a cyber clone. Dylan is alien AND telepathic, and she's got a big black furry tail.

RUTH: I never thought of them as hybrid though they're both bred for war. Twist is a man grown from regular cells of one man, and because all his brothers are his twin they have telepathy. Dylan is a natural creature of her planet but also bred for war with some technological enhancements, but they are a part of her like prosthetics. When I initially wrote it I thought the nano tech would be a large part of the plot. That was why I wrote it. Nano tech was just coming out. But my brain had other ideas. My brain didn't really care that much about the nano tech, both in this story and in Jack. I had the same idea with Jack. I thought it would be all about the nano tech. My brain had other ideas about that too.

Twist is bisexual, but he does fall in love with Dylan. Dylan is female and likes males so I think she'd be considered straight.

John: Thanks for my new and beautiful Celtic ring. Tell us about your interest in Celtic lore.

RUTH: I'm a descendant of Robert the Bruce and love Celtic Lore. Love Celtic characters, thus Ian MacPherson and Jack Cluewitt. But I wanted to make them American too, that hybrid of mutts that is America and the American dream.

John: I know you’ve been challenged by serious health problems. Could you discuss their effect on you and your writing?

RUTH: When I finally got the diagnosis I was relieved. I was having mysterious heart episodes for a year. The heart would beat out of whack and speed up. There was no pain.  It just felt like my heart was going to jump out of my body like the xenomorph alien chest burster. It was missed the first time in Cortland but 3 months later in Ithaca the radiologist saw something. I was diagnosed with Hodgkin's Lymphoma stage II. The five or seven inch mass growing around my heart was discovered from the cat scan they ordered. I thought I wouldn't last a week let alone a month, but fortunately HL is very curable no matter the stage. I hung on to that quote from my doctor over those next few weeks and couldn't wait to get the port in. I never let that curable statement go throughout the six months of treatment and have kept a positive attitude about the whole thing, not that it wasn't difficult or sad. It's life altering though and it's no picnic. I was a healthy 53 year old. When I finished treatment there was an odd colored H sign on the road home and I felt like I was exiting Hell. I feel reborn. Like I've emerged from an egg. I have Scot's Irish blood in me and I'm a fighter. I don't ever give up. I love life. No matter the Hell it might bring me I love breathing. If it's hell I must go through to get to the other side then Hell it must be to get back to my good health. I'm feeling very well today, and I fought hard for that. I wrote the Liminal Key Before Cancer and there is a battle going on between the good elves and the bad elves. I wondered if my subconscious wrote the book about my body's fight against cancer. But sometimes I wonder if that isn't just life.

John: What are your goals, both with regard to writing and your life? Is there a new book in the works?

RUTH: I have a few starters. The longest one is Loch Lomond, working title. It starts on the Moors near Mugdock, Scotland, 1350, with the lead character Effrig. Straight-up historical romance, no science fiction or fantasy. I do hope I am able to earn enough money to write full-time.

John: Thanks for a great interview!  I hope you can visit us again in the future..
_____