MY SF SERIES CONTINUES WITH BOOK 3, DEFENDER OF THE FLAME 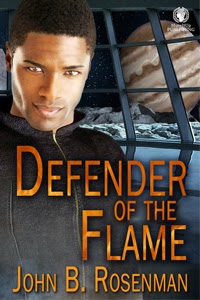 I WAS JUST INTERVIEWED BY MY EDITOR ABOUT THIS SERIES.  GO TO LINK:  http://chrischattalkscreativity.blogspot.ca/2015/01/with-john-b-rosenman.html

I never expected it would take until my seventies before I wrote my first fiction series (The Inspector of the Cross series).  I tried once before with a sequel to Beyond Those Distant Stars, my space opera saga about a cyborg heroine named Stella who saves the human race from aliens (Mundania Press), but for various reasons, it never quite crystallized. Thirty-four years ago, I wrote a novel called Inspector of the Cross about a half black, half white man named Turtan (see the cover above) who tries pretty much to do the same thing as Stella, only he's nearly 4000 years old.  Why? Because this elite agent or Inspector travels in freeze ships in suspended animation from planet to planet to investigate reports of devices or weapons that might turn the tide against humanity's vicious and seemingly invincible alien enemy.  In the process, our hero has outlived many generations, including his own children and countless lovers.  He has also almost singlehandedly saved humanity. However, if he doesn't find a solution, we are ultimately doomed anyway.

I thought it was a cool concept.  I even had Turtan and a member of the enemy flying down the raging, mind-warping tunnel of a black hole together.  Trouble was, I couldn't sell the novel. 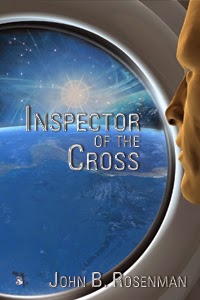 Flash forward over three decades.  I dug the story out, revised it, sent it to MuseItUp Publishing, they accepted it, it received excellent editing, and it was published.

Inspector of the Cross received excellent reviews, and for the first time in my life, I found a fictional character acquiring a life and staying power of his own.  In the sequel Kingdom of the Jax (see the cover below), Turtan continues to travel about the galaxy, experiencing adventures and encountering dangers from emperor and aliens alike. Marvels and mind-blowing wonders abound. 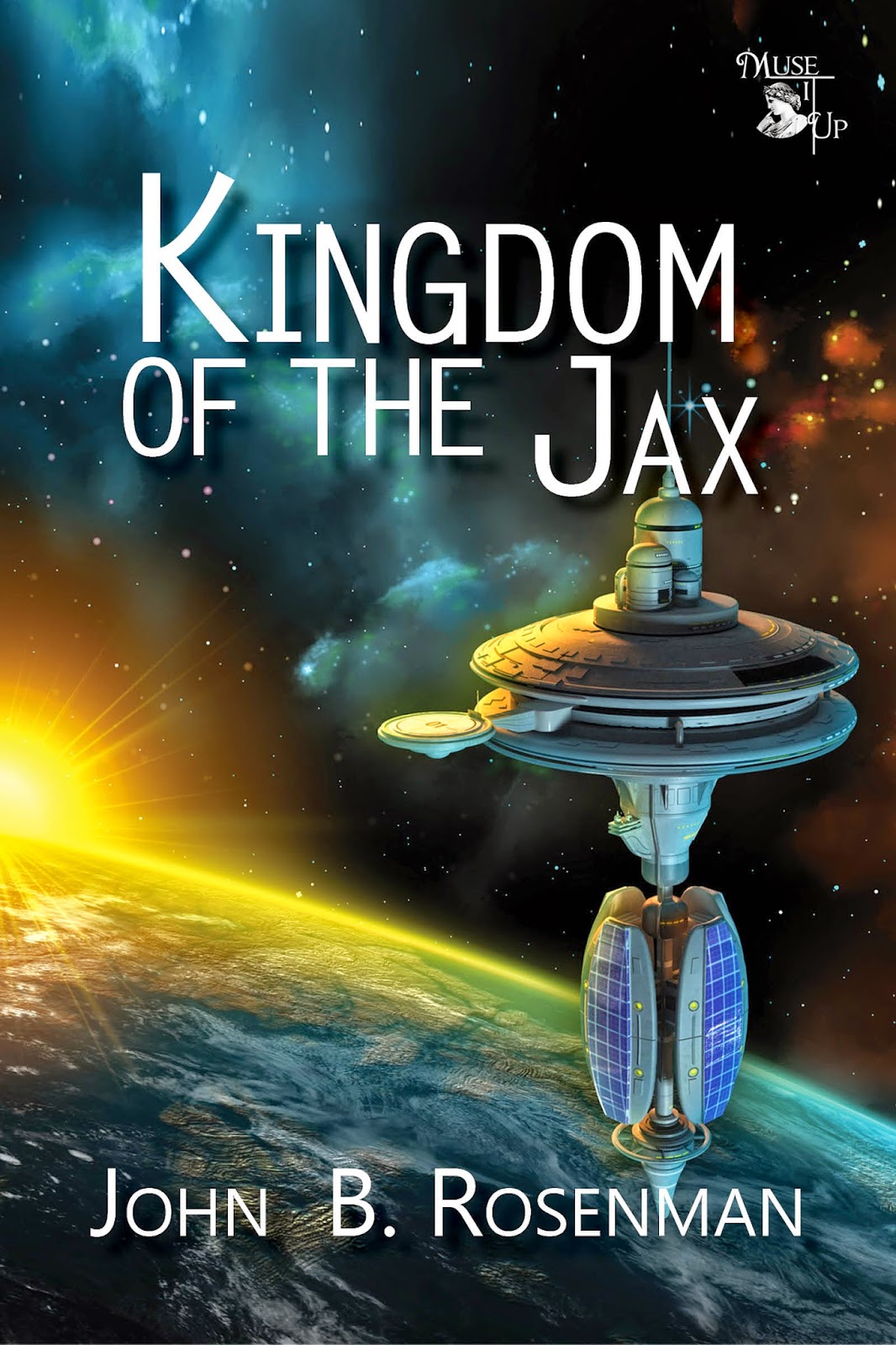 Now in Book 3, Defender of the Flame, Turtan returns to the space academy he graduated from 4000 years before for a glorious homecoming.  He believes he finally possesses the weapon he needs to defeat the aliens and win the 5000 year war, but he must have the cooperation of officials at the First Station to do so.  Will he get that cooperation or will he only be betrayed once again by his own leaders?  If that happens, the people will die, and humanity itself will be doomed to extinction.

My latest novel is available at Amazon and Barnes and Noble for $2.99 for a limited time at:

Posted by John B. Rosenman at 9:41 AM No comments: