Writing Across Genres:
From Science Fiction to Erotica, Humor to Horror . . . and Beyond
by
John B. Rosenman 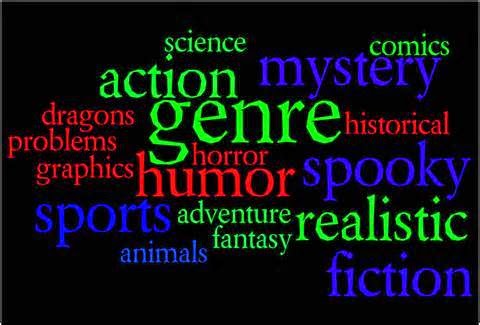 Though I like to write science fiction, I like to write other things, too.  Science-fiction Fantasy, Science-fiction Horror, Humorous Science Fiction, Horror, Humorous Horror, Fantasy, Dark Fantasy, Erotica, Dark Erotica, Romance, Mainstream, Mystery, even Metafiction, which  pokes fun at the creative process itself.  You name it, and I’ve probably tried it at one time or another.  Sometimes I mix them together, creating hybrids.

Today, more than ever it seems, writers are typecast.  We live in the age of specialists, and a writer’s latest novel is packaged as a product to appeal to a select market.  Stray from the formula, write something just a little bit different, a mystery instead of a romance, and your agent is likely to question your sanity.  As for your fans, more likely than not, they will spend their money elsewhere.

To give an example of the difference in these two stories, here are two excerpts.  The first is from Dax Rigby, War Correspondent.  In it, Dax and Casey Frank, a seductive pilot, are flying in a copter above the tropical plain of Arcadia, a world 900 light-years from Earth.  Beneath them, two alien species do battle:

As the copter approached, he took out his cam, set it to zoom, and started to record. In the viewport, the alien antagonists were immediately terrifying and vividly monstrous. The Flyers, three meters tall, he recalled, flapped bright crimson wings and attacked and retreated before their even taller six-legged grasshopper-like enemy.

Dax saw green, olive, and brown bodies with yellow markings, sword-shaped antennae, and huge upper hind legs well adapted for leaping. And the Hoppers did more than leap. They also used those legs for savage blows and charges while the Flyers gnawed and ripped at them with razor-sharp teeth and claws. Watching closely, Dax saw blood gush: dark red for the Hoppers, green for the Flyers.

“Delightful, isn’t it?” Casey asked. “Reminds me of a family reunion.”

“We’re half a klick away now from the beasts,” Dax recorded, wondering when or if those on Earth or its colonies would view this event. “As can be seen, they are truly savage and ferocious.”

No one could tell him there wasn’t a war going on here. He watched in fascination as several combatants launched brutal assaults against each other. “Can you get a little lower, maybe circle them?”

In response, the copter dropped several meters in the air, leaving his stomach behind.

--- Oh, the joys of alien world building, of creating alien species who are truly alien and yet in some ways, similar to us.  And the joys, too, of creating a burgeoning romance on that world between Dax and Casey, who as we leave them, are about to plunge toward what looks like certain death.

After a good hot spray he entered the steam room, finding it empty.  Climbing in his swim trunks to the top level of the multi-tiered wooden bench, he looked around. Heavy steam filled the air, partly obscuring his view of the pool through the floor-to-ceiling window.  At best, he could make out only a few swimmers.
Ah, the heat felt good!  He'd sweat a bit and decide who he'd see this weekend.  Maybe someone kinky like Michelle.

Lying down, he covered his eyes with his towel. His chest rose and fell in the hot, humid air.

The door opened and closed. Listening, he could hear no footsteps. How odd. Was the person simply standing there? As he started to remove his towel, a hand caught his.

It was the redhead! Obviously, she'd seen him watching her and had dumped her loser before finding out his name. He grinned.

"No, it could prove dangerous. After all, I might be Medusa."

He laughed, imagining her lovely face. "Hey, come on. If you looked at Medusa—"

"Shhh.  Don't even say it."  Fingers slid behind his head, tying his towel securely so he couldn't pull it off.  A moment later, he felt sharp nails glide down his chest and stomach and start to remove his trunks.

"What's the matter? Don't you like to live dangerously?"

What was with this girl? Having her strip him while he was blindfolded put him at a decided disadvantage, put her in control. What’s more, they were practically in plain sight! Any moment someone could come in.

Something in her voice stilled his protest, soothed it away.  "Okay," he shrugged.  "Only you get to peek and I don't.  It hardly seems fair."

Her hand took his and glided it along a smooth, bare thigh, up her stomach to her breasts.

He caught his breath.  She was naked!

---Okay, exhale, and take a cold shower.  Here’s one last example.  “Play It Forever, Sam!” was published in Andromeda Spaceways Inflight Magazine several years back.  It is humorous, absurdist metafiction, fantasy high on weed.  It is also about as different from my first two stories as I can get.  A spoof on the movie Casablanca, it features Humphrey Bogart trapped eternally in perhaps the most popular flick ever made, and yearning to get out:

I bang the table.  "Of all the gin joints in all the towns in all the world, she walks into mine!"

There.  It's one of my big lines in the movie, and I say it just right.  Soon after I ask Sam to play her song.

I almost snort rotgut through my nose.  Why the hell did I add "again, Sam!"?  Huh, might as well ask why I'm caught in the endless loop of this damned piece of shmaltz in the first place.  It sounds absurd, but I'm convinced I'm in this hell because the movie became a cult classic, the most beloved soap opera of all time.  It keeps changing and has acquired a weird life of its own because it's been endlessly misquoted and misremembered.  Here I am, a homely hack actor dead over fifty years, and I still can't shake this place.  For me, Rick's never closes, and the same customers keep rollin' in.

But for me, I try not to let the same fictional customers keep rollin’ in.  If I repeat myself too much, then I run the risk of creative stagnation.  Gentle Readers and Fellow Writers, I urge you never to be afraid to take chances, to try something different and spread your creative and imaginative wings.  Next time, whether you write or read, try doing or experiencing something against type and outside your comfort zone, something you wouldn’t even think of trying on an ordinary day.  Make it an EXTRAordinary day!  You never know what you might discover and what new dimensions you’ll find opening up within yourself. 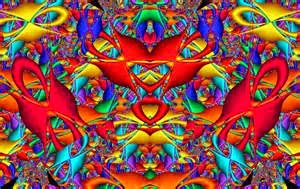 When it comes to writing, possibilities are all around us, and they not only can provide inspiration for our next masterpiece, they can be a potent remedy for Writer’s Block.  Every day, events both large and small happen in our lives, and they potentially contain our next story or novel.  Not only that, they contain seeds which can blossom in many different directions.

Here’s an example from my own experience.  A few days ago, I went in for plastic surgery to remove three lesions on my head.  It was painful.  After the surgeon cut around the lesions, he gave me shots with a tiny needle to numb them for removal.  As I lay there, occasionally joking with him, it occurred to me that there just might be a story in this.  What if I got up from the table, looked in the mirror, and found I had a new face?  Perhaps I’d leave the office to discover I’d lost my public identity.  No one recognized me anymore, and that included my wife, my kids, the people at work, my employer, and so on.  Imagine trying to earn a paycheck under these conditions, or getting amorous with my wife when I looked like someone else.

Can you guess what tabloids or the Internet would make of this?  PLASTIC SURGEON ACCIDENTALLY GIVES MAN A NEW FACE!  Use your imagination and create your own banner headlines.

But this is ridiculous, right?  For Pete’s sake, I only went in to remove a few lesions.  Still, in the realm of the imagination, anything is possible.

Here’s another possibility: I gazed in the mirror and saw my new face, but no one else did.  To the world at large, I looked exactly the same.  In fact, even when I was photographed, I looked like the John of old.  But not to me.  To Yours Truly, I appeared to be someone completely different, perhaps even a . . . woman.

Hmm . . . that may be going too far.  Still, can you imagine the interesting complications it would create in my life, the fascinating fictional twists I could give it?  Please ponder the possibilities. Maybe you’re a realistic writer and have no tolerance for full-blown fantasy.  Very well.  Let’s make the plastic surgeon an attractive woman, and when our eyes meet, we have an instant connection.  At first I think it’s romance and that I’ve found a lifelong soul mate, but later I discover the surgeon’s my daughter from a casual one-night stand thirty years ago.  And woe for me, she wants revenge for never having a father.

No, scratch that last sentence.  It’s too bizarre.

Let’s tack in another direction.  Science-fiction, perhaps.  Or horror.  My plastic surgeon is a mad scientist, or at least a man who finally can’t resist the temptation to try a new, untested procedure.  So Dr. Jekyll injects my cheek with a mysterious solution, and in the days to come, I gradually transform into an evil, physically grotesque creature.  Or perhaps I change into a divinely beautiful one, so exquisite I can no longer live among people.  Or perhaps . . .

By now, you should get the idea.  If you’re a writer, possibilities surround you 24/7 and enrich your life even though they may wear prosaic clothes.  They’re as close and imminent as your next visit to a drugstore or visit to the dentist, even as close as your next sneeze or broken shoelace.  Keep a creative eye open for them, folks, and you just might have your next (prize-winning?) story.