How to Write Science Fiction

Relax, it’s not that difficult.

Want another example? Okay, suppose you’re a fantasy writer who likes unicorns. Now, do you want to become a science fiction writer without first earning a Ph.D. in nuclear physics or biochemistry? Simple. Without going into too much detail, create your unicorns in a laboratory and transport them to a distant, Earth-like world (just call it Terra). Is the result fantasy or science fiction? Well, using one diagnostic device, if you get there by a flying carpet, it’s fantasy; if you use a spaceship, it’s science fiction; and if you take a taxi, it’s slipstream or contemporary fiction. To be more sensible, where you put it in the bookstore depends on whether the events are based primarily on the paraphernalia of science fiction (faster-than-light drives, black holes, laser weapons, etc.), or of fantasy (dwarves, elves, magical spells, etc.). Just remember that if you want to write soft (as opposed to hard) science fiction, you don’t have to be too technical, and that if you write fantasy, you can write science fiction as well.

What, then, is science fiction? Sometimes it’s called speculative fiction, and many agree it’s the most conceptually rich genre there is, filled with endless possibilities. Science fiction can take place anywhere – in the present, the past, the future; on this world, or on others; in this universe, or in others – even a universe in a drop of water! Wherever it occurs, though, science fiction presents an alternate reality based to a lesser or greater extent on current science. Often, as in stories of time travel and faster-than-light drives, you have a writer speculate about what people could do if they could transcend certain “fixed” natural laws. In other works, or hard science fiction, you have systematic extrapolations of current knowledge into the future – e.g., Anderson and Beason’s Assemblers of Infinity, which concerns nanotechnology or the creation of microscopic machines.

Besides being speculative, science fiction causes people to ask questions. For example:

Are there any particular roadblocks in writing it? While you don’t have to be a scientist, it certainly helps to be one if you go into the nuts and bolts of building a fusion engine or space station. Still, diligent homework can compensate for your deficiencies, just as certain mainstream writers like James Michener have exhaustively researched places like Texas and Hawaii. Just remember not to make assumptions based on ordinary experience. For example, in an early draft of my novel, Beyond Those Distant Stars, I had ships colliding in space and making one hell of a racket. Wrong! Space is a vacuum, and you wouldn’t hear a thing. (Think of all those movies where you hear the opposite!) Nor, unless you put him in suspended animation or jump through hyperspace, can you have a starship captain visit another galaxy and return to embrace his wife. Because of the principle of “time dilation,” it’s widely accepted that your captain would age more and more slowly as he approached the speed of light and that his wife would be long dead. Indeed, he might find his great-great-great grandchildren waiting for him!

How does one prepare to write science fiction and avoid such mistakes? Easy – write, write, write; read, read, read. Join a writer’s workshop which emphasizes intelligent critiquing rather than mutual praise. Read the masters, Dozois’ annual The Year’s Best Science Fiction, and subscribe to the best mags like Asimov’s Science Fiction. Above all, remember that good writing is good writing regardless of genre. Often, it has some kind of early “hook” to interest the reader. For example, here’s how I began my story, “Rounded With A Sleep,” which appeared in Galaxy: “The ship came down like the breath of God, jets blasting the ground and echoing off distant mountains.” In all other respects, good science fiction contains the same elements you find in Shakespeare and Dostoyevsky: well-rounded, interesting characters that act and grow; intriguing, ingenious plots; good, even poetic language; skillful dialogue, rich symbols, subtle foreshadowing, etc.

Can too much technical stuff bore the reader? Yes, it can, unless it’s the rare reader who likes it. Even in most hard science fiction, the story comes first. In an interview I did with Mike Resnick for Dark Regions, he said that if “science and technology intrude upon the human values of a story, to that extent the story may succeed as science fiction, but it fails as fiction.” To him, “a writer’s two primary jobs are to entertain, and to elicit an emotional response.” Resnick does both superbly in his popular “Kirinyaga” tales. With masterful economy, he lets you know you’re in a tribal land relocated to an orbiting space station without bogging you down in detail. Story and characters are primary, and he maintains a delicate balance, telling you just enough, and no more, than is necessary.

Let me end with the cardinal rule about writing any kind of fiction: almost always, Show, Don’t Tell. Like Resnick, look at exposition with a critical eye, cut it whenever the story can tell itself, and you’ll be on your way – who knows, perhaps even to the stars.

********
I confess I'm so busy writing novels I'm recycling (with minor edits) previous blogs.  This piece was publishing long ago in The Genre Press Digest and in the Jan. 14, 2007 issue of storytellersunplugged, which you can find online.
Posted by John B. Rosenman at 9:55 AM 2 comments: 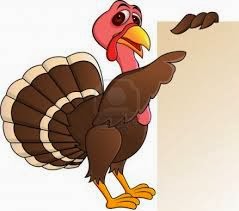 We’ve all written them—the turkey of a story or novel that ain’t gonna get published nowhere.  Whatever the reasons, it’s just not the kind of thing that any self-respecting editor or publisher will buy.  Maybe it deals with an unpleasant subject, represents an experiment that folks tell you went horribly wrong, or is the equivalent of performing “Springtime for Hitler” at a Zionist convention.  Whatever the case, it’s a creative turkey, a misconceived, misbegotten miscarriage you foolishly pulled from the realm of ideas where it richly deserved to stay, and committed to paper or your computer screen.  Now it’s become every writer’s worst nightmare, the TRUNK STORY FROM HELL that should be sealed in your trunk forever and sunk to the deepest level of the Mariana Trench.

Well, maybe.  And then again, maybe not.

The thing is, ultimately, you, not your critics, have to decide if your story has any merit.  Then, too, you have to decide if it’s worth continuing to pursue the matter and trying to publish the damned thing.  When does stubbornness become stupidity, especially when it becomes clear that if you do finally manage to sell that piece of unwanted and despised dreck, you won’t even get paid enough to buy a cheap martini?  Isn’t it far wiser to focus your creative endeavors on something that’s worthy, on something that’s not only good but which will sell to a decent, professional market?

Still, you have to decide.  Money and critical and popular recognition are important, but most of us have a story or two in our trunk that against all reason, we feel a perverted love for, an insane suspicion that despite what everyone says, it actually contains some merit, perhaps even more merit than popular, commercial stories because it dares to be different and take chances, because it doesn’t run with the pack.  Hell, maybe that story or novel not only marches to the tune of a different drummer, but it sings a song that no one else can hear, yet which is beautiful in its own way.

During my writing career, I have ultimately sold stories that not only no one seemed to want, but which they treated like leprosy.  One story I wrote a few years ago, “The Dark at the Bottom of the Stairs,” sprang (if that’s the word) from a personal visit to have my prostate and bladder tested.  It wasn’t a pleasant experience, folks, but I adapted the experience so it became a story.  One of my friends who critiqued the tale, said it “failed on every level.”  Ouch.

Yet last week I finally sold it.  Not for big bucks, mind you, but to a trade paperback collection focusing on unpleasant experiences.  It’s called . . . now get this . . . WRETCHED MOMENTS.   Snort if you want, but haven’t we all had such moments?  I bet if you think a while, you can remember some wretched moments you’ve had and perhaps stories you’ve written which were inspired by them.

Ultimately, the question is: how much do you believe in that story?  If you’ve considered all the negative criticism and still believe your story’s good, do you have the strength and determination to continue shopping it around, even if it doesn’t find a prestigious or profitable home?

Who knows, they may even thank you for it.