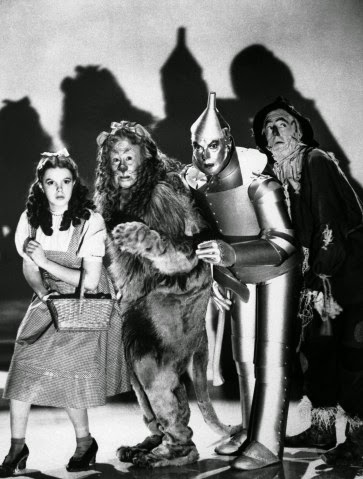 
What’s more important to a writer—a good plot or good characters?
What’s more important in a movie—a good plot or good characters?
It’s an old debate, dating back to Aristotle’s Poetics 2400 years ago.  Writing of tragic plays, Aristotle analyzed the complexities of Plot and placed it First over Character in terms of importance.
But this is a new age, and we have new forms of art.  What about you?  Think of good books you’ve read, good movies you’ve seen.  What is more important—plot or characters?  Oh, I know other things are important, too.  Good dialogue, good description, and so on.  But which one really pulls you in more and keeps you reading or watching.
In my Inspector of the Cross series, Turtan is four thousand years old and has had many breath-taking adventures fighting the aliens in order to save humanity.  I think he’s a really interesting guy, but the plot ain’t bad either.  In fact, you couldn’t really have one without the other.  (Available at Amazon below):
http://www.amazon.com/Inspector-Cross-John-B-Rosenman-ebook/dp/B007USB0YU/ref=sr_1_1?ie=UTF8&qid=1404172900&sr=8-1&keywords=inspector+of+the+cross

In my just published novel The Merry-Go-Round Man about three teenage boys growing up in the not-so-innocent fifties, Johnny Roth is just beginning to discover two great (and I think interesting) gifts. The plot itself raises the question of whether or not the boy who scrambles first to the top of a small merry-go-round will be a winner for the rest of his life.  Johnny takes part in this contest.  Is he or this major plot element more important? (Available at Amazon below):
http://www.amazon.com/Merry-Go-Round-Man-John-B-Rosenman-ebook/dp/B00KP17YOE/ref=sr_1_1?ie=UTF8&qid=1404172737&sr=8-1&keywords=merry-go-round+man
Or think of classic literature.  Isn’t mad, fanatical Captain Ahab a wonderful character in Moby Dick?  Yes, but what would he be without his endless quest for a white whale across the world’s oceans?
You can probably pick any medium you like.  The movies, for example.  Ah, the Star Wars franchise.  It’s hard to beat the menacing Darth Vader, the mystery man with the deep, deep voice and in-drawn, hissing breath beneath the frightening mask.  Talk about being unforgettable!  Still, the galactic-wide war beneath two empires, one good, one bad, one ruled by the Dark Side, is as awesome and archetypal as you could wish.  Luke Skywalker and Han Solo vs. Darth Vader et al.  The Good Guys vs. the Bad Guys.  The only thing missing are the white hats and the black hats.
You can probably add your own genres and mediums.  In the end, what do you think is more important—a good plot, good characters, or something else?  Or is the question dumb or meaningless?  Aristotle also included Spectacle as the lowest and least important of his six parts of tragedy, but judging by movie blockbusters today, special effects, bombs exploding, lavish sets, costumes and the like are what often attract people to the theater.  To heck with old Aristotle: is SPECTACLE the most important thing in movies or fiction?


Gentle Reader, you tell me.
Posted by John B. Rosenman at 6:13 PM No comments:

Read The Introduction To My New Novel, THE MERRY-GO-ROUND MAN

Three Kids on a Merry-Go-Round: Why I Wrote This Book

Available on Amazon at http://tinyurl.com/mf3e8jy 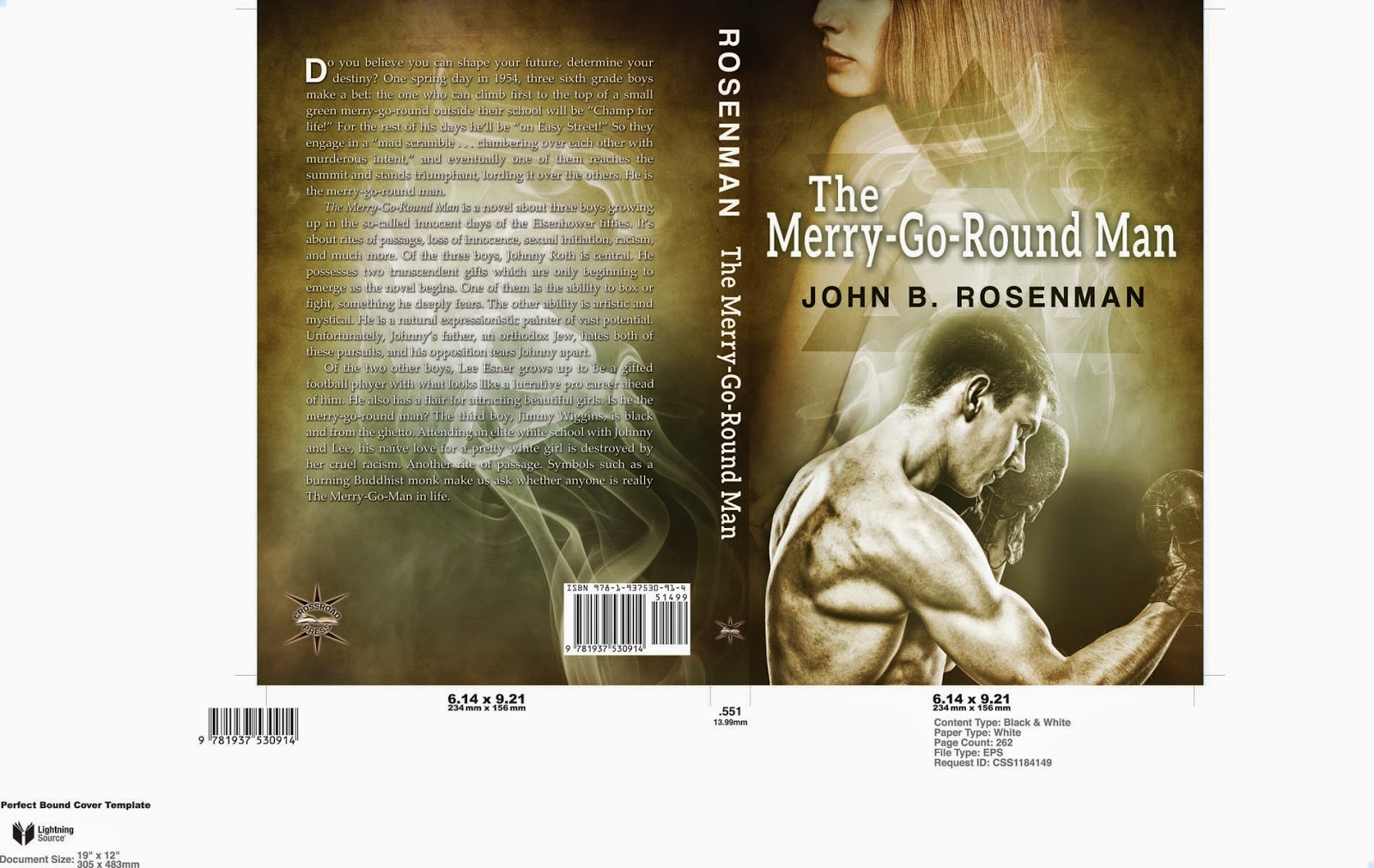 Thirty-four years or nearly half a lifetime ago, I wrote the opening scene of The Merry-Go-Round Man.  On a spring day in 1954, three sixth graders ride a small green merry-go-ground outside an elementary school. I was one of those kids, and in some ways it was a much simpler and more innocent time than today.  I remember that day well.  Like Johnny, I didn’t really know what “bra” and “laying a girl” meant.  Soon I did, but at the age of twelve or nearly so, they were a mystery to me, as they were to a lot of young kids.  Today, in 2014, with cable TV and everything else, even five-year-olds know these terms.

The Merry-Go-Round Man is a bildungsroman or a coming-of-age novel, and the rites of passage for the three boys take place in a society which at first glance seems so much more benign and G or PG rated than the dangerous R or NC-17 rated one we live in today.  How “safe” was America in the straitlaced Eisenhower 1950’s, which is when two of the novel’s three sections take place?  Just consider: on TV, programs couldn’t even use the word “pregnant” or show a married couple in the same bed.  Elvis Presley’s sexy gyrations provoked angry controversy across America and made CBS censors demand (unsuccessfully) the emerging King of Rock ‘n’ Roll be shot only from the waist up.  As for edgy, spiky series, forget about Dexter or Breaking Bad.  I Love Lucy and The Adventures of Ozzie & Harriet ruled.
But for my three boys, Johnny Roth, Jimmy Wiggins, and Lee Esner, snakes crawled in the Garden even then.  While Johnny Roth seems blessed by two transcendent talents (he might become both an unbeatable heavyweight boxer and a revolutionary expressionist painter), his path is rendered unbelievably painful by a rigid, unsympathetic father who insists he renounce both gifts and study to become an Orthodox rabbi.  As if he isn’t tormented enough, one night a demented gang leader tries to castrate him.

Jimmy Wiggins, based upon a black friend of mine, encounters cruel and frequent racism.  Back in the fifties, it was worse than it is today, especially in the segregated South.  This was before Martin Luther King, Malcolm X, the Civil Rights Movement, and all that came after.  We attended an upper-class, primarily white school in Shaker Heights, Ohio with high educational standards.  Johnny and Lee did all right but Jimmy struggled, getting D’s.  The Jimmy I knew, now long deceased, often said to me, “John, you don’t know what it’s like to be colored.”  Like the boy in the novel, Jimmy lived in a largely black section of downtown Cleveland.  His father was an even more successful boxer than the one in the novel, though he was also cursed, for he never quite succeeded in winning the heavyweight crown.

Lee Esner, the third boy, is also modeled after a friend.  Like him, he’s a lady killer, irresistible to girls.  In Lee’s case, though, I take liberties.  I don’t believe the boy I remember was ever “collected” by a salacious cougar three or more times his age or that he became addicted to women.  On the other hand, it could have happened.  The Lee I know sure had a knack.  It’s dangerous to be too handsome, charming, and athletically gifted, and to have everything come too easily to you.  Anyway, I wrote him this way.  Please be advised: all three characters, including their names, are creatures of fiction, inspired by people I knew but changed in various ways.

There were some scary, ominous changes in American life during the fifties.  I remember the Cold War and the Red Scare, the terrible fear of invasive communism aided and abetted by Joseph McCarthy.  Also, Johnny’s generation and mine was the first to grow up under the threat of nuclear war and the mushroom cloud of atomic and hydrogen bombs which COULD END LIFE AS WE KNOW IT.  In school we regularly practiced ‘duck and cover’ safety drills in order to be ready for a Russian attack.  The ability of nations to attack each other is suggested in the novel when Johnny knocks out Sammy Duckett and is called “H-Bomb Johnny!”

Why did I write TMGRM?  Besides wanting to write, create, and express myself, I can think of three intertwined reasons: wish fulfillment, a desire not to let my childhood slip away, and a need to make sense of my past.  I always wanted to be a boxer but couldn’t.  Johnny fulfills my dream and does it magnificently.  Also, he’s a brilliant artist, and I’m a writer.  Second, while my past and the people and places in it have undergone a sea change in this book, I’ve somehow managed to preserve the essence and spirit of much of my childhood.   Third, by recovering the past, I’ve been able to understand it and see how it has contributed to the man I am today.   It all   waits for you, dear reader, within these pages.  I hope you enjoy your ride on the merry-go-round as much as I enjoyed spinning it for you.