Happy Endings or Sad: When, if Ever, is Poor Writing Good? 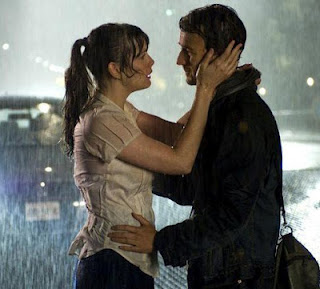 In our writer’s group, we have a woman writing a chicklit novel. Basically it’s about four or five career girls/women scheming and conniving to meet Mr. Right, variously called “Mr. Success,” “Mr. Wallet,” “Mr. Hunk.” Their goals are clearly defined, pragmatic, predatory, and ruled by self-interest. After all, some of them are past thirty and their biological clocks are ticking. A girl’s gotta do what a girl’s gotta do. Getting a man, preferably a rich, successful, handsome man isn’t everything, however. A couple of the main characters want to cling to that man’s coattails to get promoted and climb the corporate ladder. Still, landing a winner is the main thing, as indicated by the novel’s title, which I will leave to your imagination.

This is the first novel of this kind I’ve read, and it’s been an eye-opening experience for me. Besides the efficient man-hunting plot, the writer (I’ll call her Laverne) is superb at describing cosmetics, furnishings, and the various bric-a-brac of these women’s daily existence. When I go to a party or enter a dining room, I rarely notice what the place settings are or what people are wearing. But Laverne is great at describing silverware and tablecloths, bathroom fixtures and shower jets, 900 different types of flowers and Dior Toffee eye shadow. I wouldn’t know peach highlighter from Mango Shine lipstick at gunpoint, but Laverne excels in such areas.

Now, I’m not putting Laverne down. Really. She is a highly competent writer, and the women, while often single-minded and mercenary, are brilliantly characterized and sometimes sympathetic. Laverne’s novel is professionally crafted, and if it didn’t violate the basic principle that Romance novels should focus on only one couple and one relationship, I have little doubt she would be able to sell it for significant bucks – something, by the way, which I find it hard to do.

So what’s my problem? Simply that in the last thirty pages of the novel’s first draft, events, in my opinion, took a wrong direction. After three hundred plus pages of Grey’s Anatomy, i.e., relationship problems, star-crossed lovers, SEX, financial problems, family problems, SEX, etc., everything resolved itself in a HAPPY or HEA ENDING. Okay, perhaps not everything, but enough to trouble me. Couples ironed out their problems and got together.  A case of possible breast cancer turned out to be benign. And most of the career girls who were fired, fell on their feet with new, better paying jobs. Most of the folks in my writer’s group liked the ending, whereas I saw it as implausible and as ruining the novel. I mean, life just doesn’t work out that way. Occasionally, one or two or three things will fall into place, but everybody can’t ride off into the sunset to the swell of violins, can they?  Or maybe they can.

Astute and insightful reader and/or writer, this is the main question I am submitting to you: IF READERS OF A PARTICULAR GENRE OR TYPE OF NOVEL EXPECT OR WANT SOMETHING, DOES THAT MAKE IT GOOD? I’ve always assumed that if there are 16 billion ways to write a short story or a novel, then only one of those 16 billion is the absolute best, and all the others are to be avoided, but perhaps I’m wrong. Whether in romantic novels or romantic movies, if folks want a happy ending, isn’t that the best way to end it?

By implication, questions might be asked about other areas. For example is the quality of an “extreme” horror novel directly proportional to the amount of gore, vomit, violence and dismemberment it contains? The higher the body count there is, the better?

I know this is a subject many of you are familiar with, and in various guises, it’s been discussed before. Heck, I’ve discussed and debated it before with intelligent romance writers who prefer HEA or at least HFN (Happy For Now) endings.  What makes it especially relevant to writers is that highly formulaic writing is often required in the marketplace. When it comes to Happy Endings, I can understand it – up to a point. When we read that thriller or suspense novel, that romance or western, usually we don’t want futility. We don’t want to see the good guys or gals stomped into a giant blot of gore on the horizon. In general such writing is not commercially successful, though there are exceptions. But a Happy Face for all or nearly all of the main (and some minor) characters runs the risk of being a cheat, no matter how superficially satisfying it might be.

A few years back, I wrote an essay for www.storytellersunplugged.com titled, “Editors are Irrational (And Publishers, Agents Too) ( . . . Mainly for Newer Writers)”. The premise was that many editors’/publishers’ requirements for stories and novels are based on “a highly subjective sniff test of personal preference” and often are “unreasonable,” “too quirky and idiosyncratic.” It can get to the point where a story can be rejected if a character wears a plaid shirt or appears to be gay. What I am talking about here, in this essay, is a broader, industry-wide set of requirements and expectations, what is sometimes called a “slant.” While many of us are aware of this concept (we have to be, in order to get published), I suspect we occasionally rail and grumble about the unreasonable strictures and requirements we face.

So, to the beginning writer, I urge you to do your homework. Whatever area you are writing in, whether SF, Romance, Horror, Western, or what have you, read a lot within it and find out what you can and cannot do. That way, if you do decide to break a rule or two, you can at least do it intelligently and with purpose. Learn the do’s and don’ts, the taboos and traditional tropes. Otherwise, you may face many years knocking on doors which no one opens.

Speaking of doors, I hope I’ve nudged one of my own ajar. I invite writers to contact me at jroseman@cox.net, or leave a note at this blog, about creatively stultifying rules they’ve faced. Maybe it’s not the requisite Happy Ending or Excessive Sex/Gore/Violence, but something else, such as Tom Monteleone complaining years ago that horror publishers required skeletons or monsters on covers. Whatever the case, those rules made you feel you were lowering and betraying the quality of your work by adhering to stupid requirements you didn’t believe in. Perhaps you were told a particular rule was good, that it was established long ago by wiser heads than yours, but deep in your gut, you remained unconvinced.

C’mon, let’s hear your stories. I bet you’ll feel better getting them off your chest. And that in itself would be a happy ending.